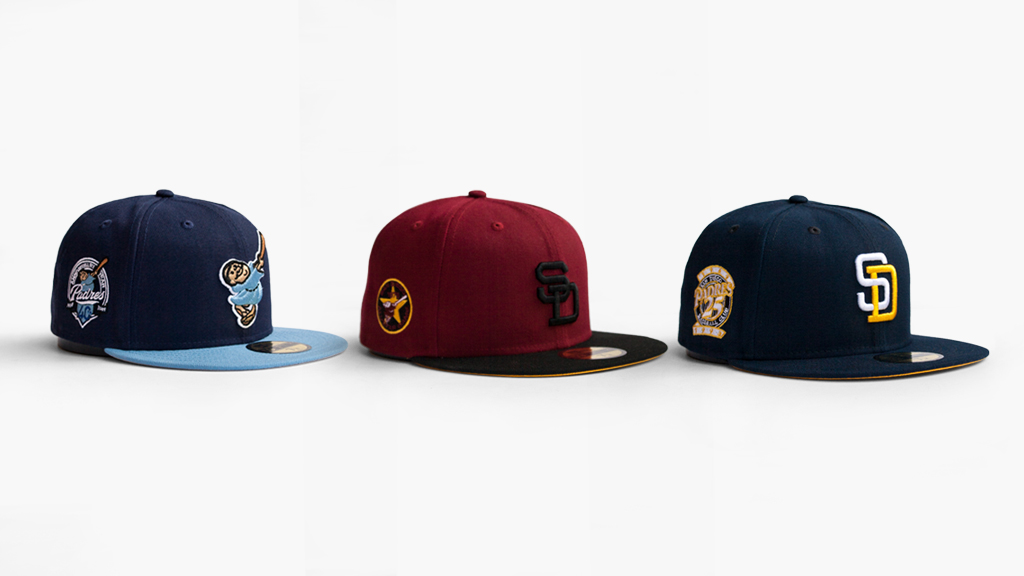 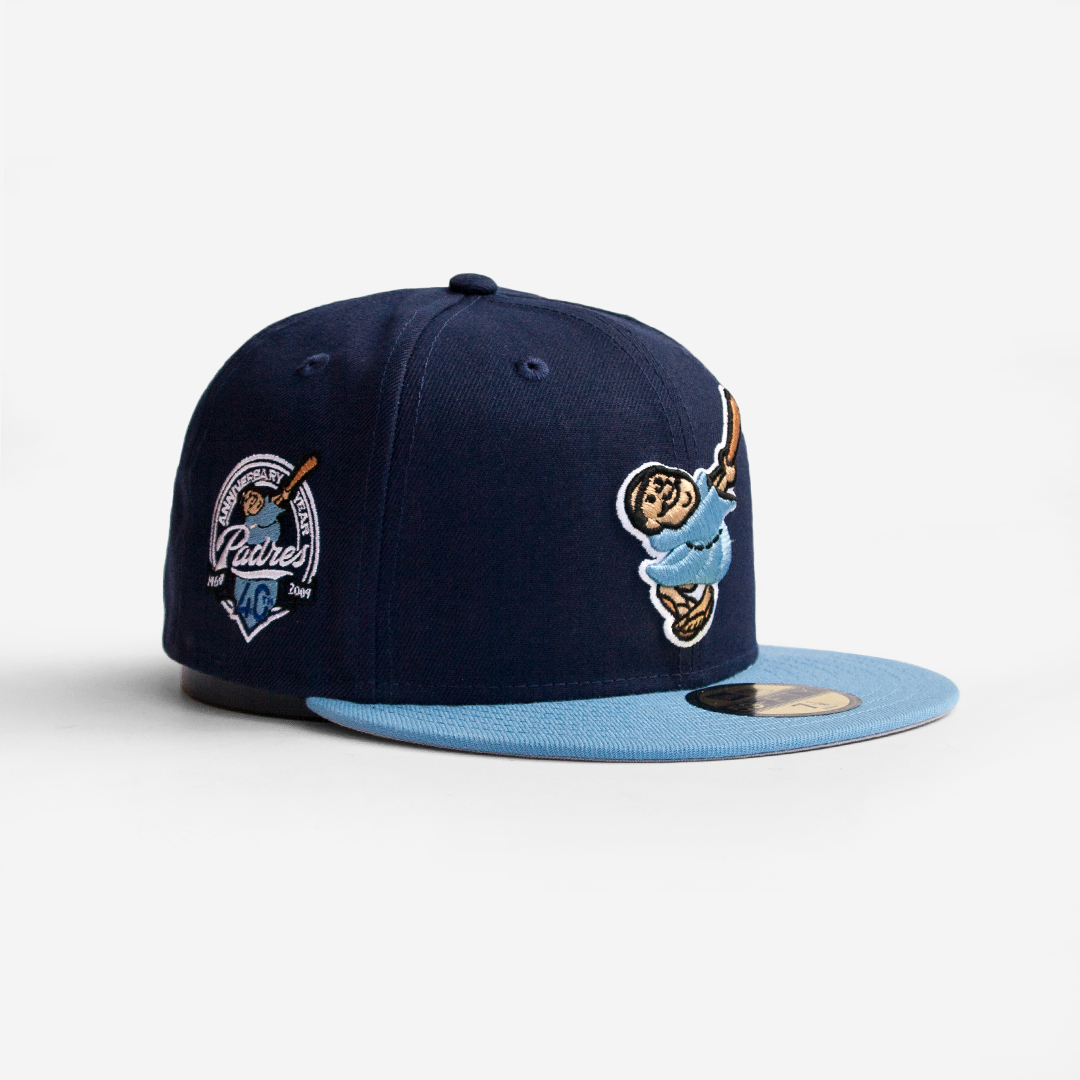 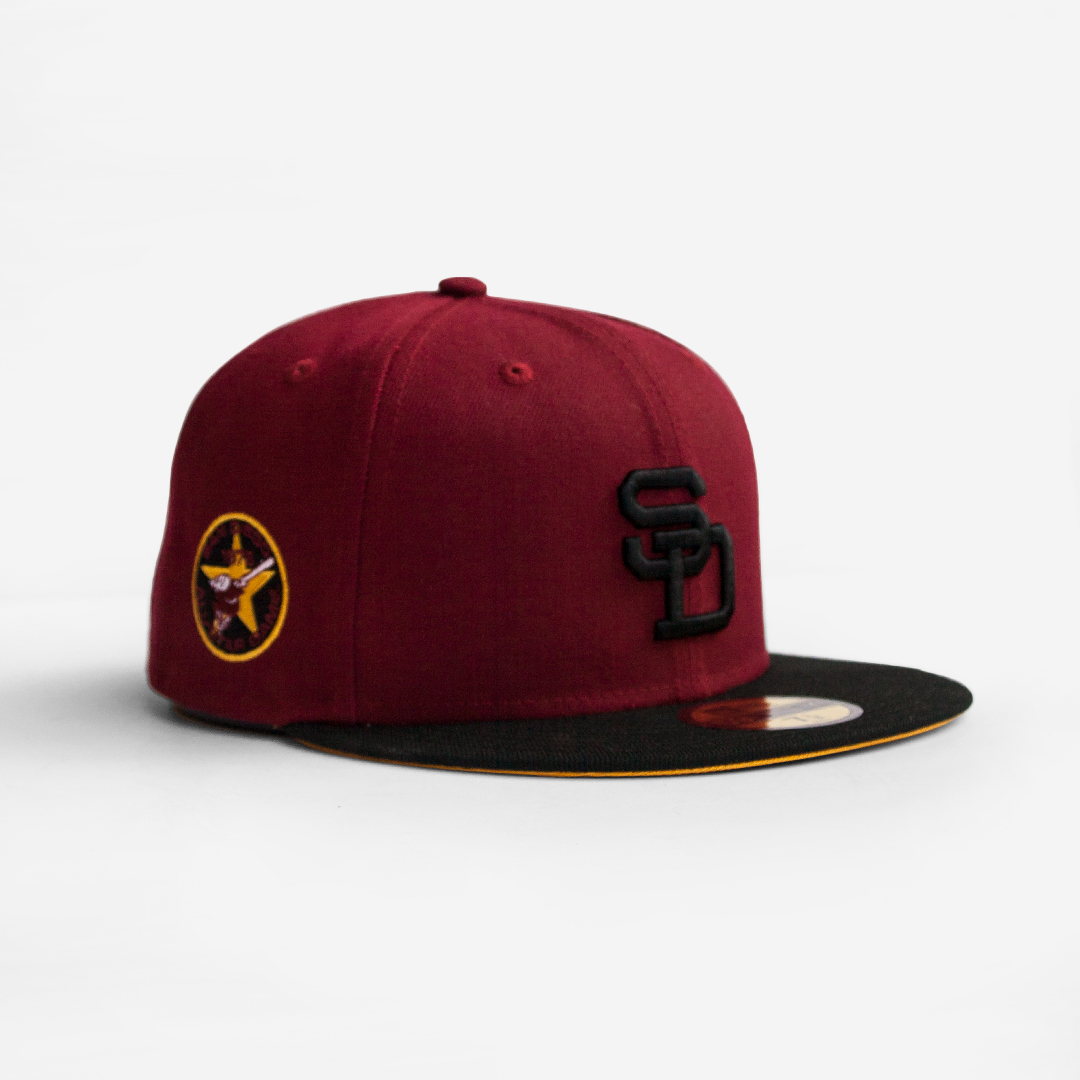 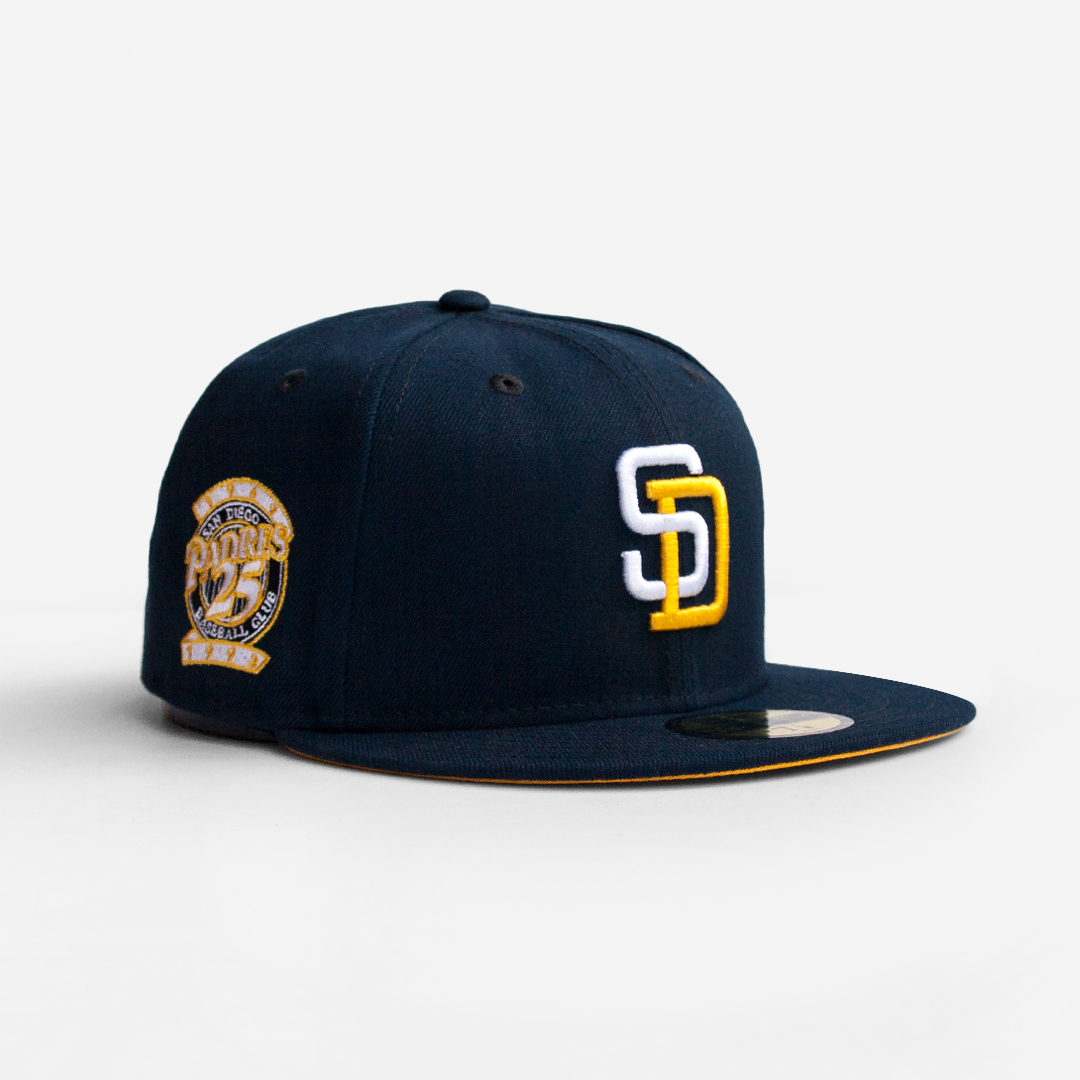 Here at Billion Creation, we are constantly amazed by our hometown of San Diego. For this collection, we drew inspiration from some of San Diego's finest colleges and universities. While these caps are not officially affiliated with these schools, we wanted to create thoughtful designs that pay tribute to, and highlight their contributions, making San Diego an even more beautiful place. We partnered with our friends at Rally Caps to bring you these three awesome designs.

The University of California at San Diego (UCSD) is located near the coast in beautiful La Jolla and is ranked internationally as one of the top 100 universities in the world. This campus is a harmony of natural beauty with stunning architecture. Walking around campus, you'll meander through serene wooded paths that take you to state-of-the-art buildings and facilities. Probably the most iconic building on campus is the Theodor Geisel (Dr. Seuss) Library. The Dr. Seuss Library (as it is commonly known) is the main library of UCSD, honoring Dr. Seuss and his wife, Audrey Geisel. 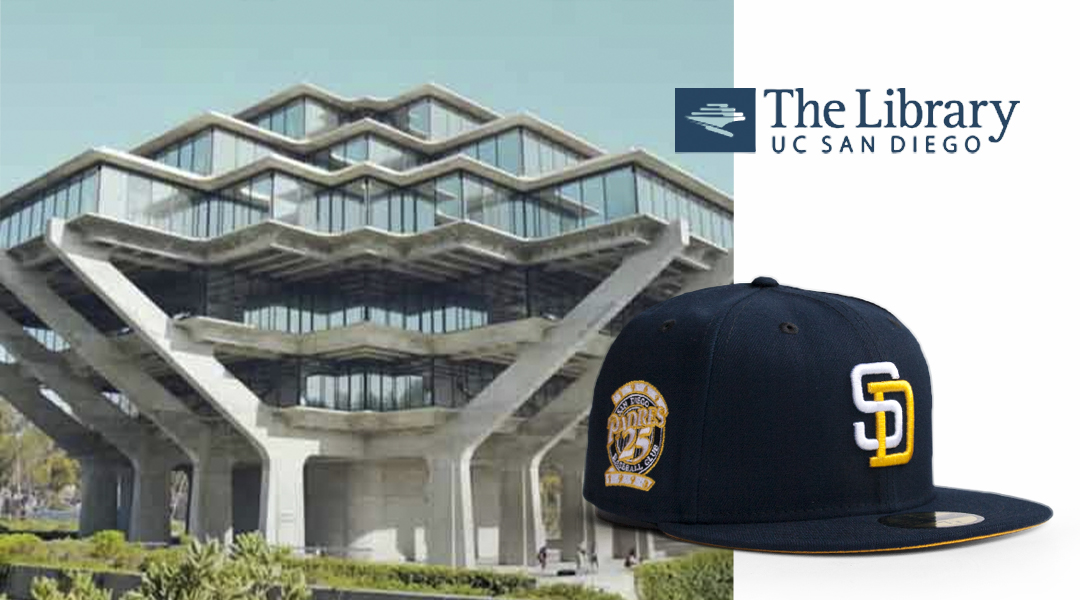 We named the first cap in our Back To School Collection the Geisel because it is a symbol of the uniqueness and beauty of UCSD. The San Diego Padres Geisel takes on the school colors of the UCSD Tritons with their navy blue and gold colorway. Front logo is done with an interlocking SD in white and gold, playing off of a popular past colorway for the interlocking SD. Crown and visor are dark blue with a gold-yellow undervisor. Padres 25th anniversary side patch and MLB Cooperstown Batterman logo on this cap are done in white and gold. New Era NE side logo is tonal blue. This is a New Era 5950 San Diego Padres fitted hat.

The University of San Diego (USD) sits at the top of the community of Linda Vista, in the middle of San Diego, with views overlooking the Pacific Ocean. This school is also stunningly beautiful with its authentic Spanish Renaissance architecture maintained throughout the campus. The centerpiece of USD is the Immaculata, a beautiful cathedral-style church you would more commonly see in the most historic parts of old-world Europe. The blue dome makes this building stand out and instantly recognizable. 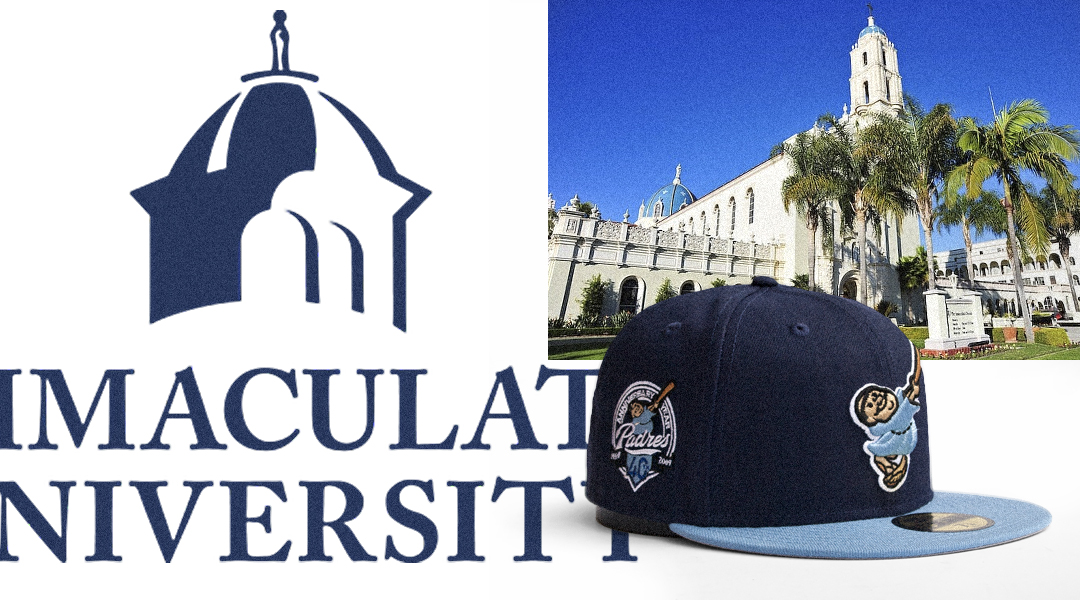 For our second offering in the Back To School Collection, the design we humbly call the Immaculata is a play on the colors for the USD Toreros and the connection both USD, the Padres, and San Diego have to the Spanish Missions. This is a navy blue and light blue cap. We tried as much as we could to match up to the official Torero Blue color. Front Logo is a Swinging Friar logo done in light blue. Side patch is a Padres 40th Anniversary Swinging Friar also done with light blue accents. Side New Era NE logo is tonal and back MLB Cooperstown Batterman Logo is in light blue. Crown is navy blue, with a light blue visor, and a gray undervisor. This is a New Era 5950 San Diego Padres fitted hat.

San Diego State University (SDSU) is one of the oldest and biggest schools in San Diego. Founded in 1897, it has a student population of a small city. Many in San Diego identify with SDSU, either having gone there for school or being an ardent fan and supporter of their sports teams. A few notable alumni of SDSU include former NFL coach and NASCAR team owner Joe Gibbs, former NFL running back Marshall Faulk, and the one and only Mr. Padre himself, Tony Gwynn! Tony Gwynn not only played baseball at SDSU, but he also went on to coach the team after an amazing career with the San Diego Padres. He coached the SDSU Baseball Team from 2002 until he passed away in 2014. 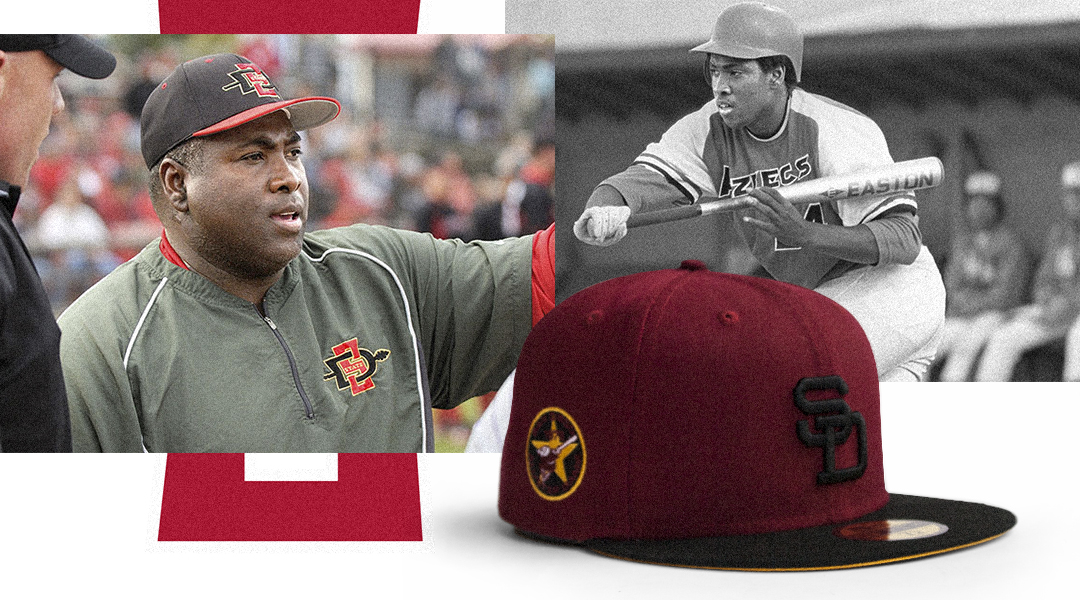 For our Back To School Collection tribute to SDSU, we decided to take a different approach and name this hat after one of SDSU's historical team mascots, Monty Montezuma, instead of one of their landmark buildings because of the special relationship Tony Gwynn had to both the SDSU sports program and the San Diego Padres. You could say Tony Gwynn is a landmark, having contributed so much to SDSU Athletics, the Padres, and SD as a whole.

For the Montezuma, we took a variation on the traditional scarlet red and used a deeper cardinal red for the crown of this cap. Front logo is the 1984 SD logo down in black with a black visor. New Era NE Logo is tonal, but the Padres 1973 All-Star Game side patch and MLB Cooperstown Batterman Logo are all done with gold yellow accents, which is one of the colors often paired with SDSU hats. Undervisor is also gold-yellow. This is a New Era 5950 San Diego Padres fitted hat. The design is a collaboration between Billion Creation and Rally Caps.

Top Five Streetwear Brands You Need to Know About